A Reunion to Die For

The Scene: The year is 1978, and it is the 10-year high school reunion of the East Side class of ’68. High school had its share of drama, mystery, and rivalries, but it was the best of times, and everyone is excited for the upcoming reunion. Get your 70’s attire ready and join your old friends for a night everyone is sure to remember! See classmates and even faculty that you haven’t seen in a decade. Celebrate the best four years in a night of fun, reminiscing, and–murder!

Stacey – The most popular girl at East Side High School. Dated Kevin for almost three years before dumping him via a note delivered by her friend Amanda. Dated Max for the remainder of high school. Stacey and Max are now married.

Brad – Quarterback of the football team before Max came to East Side and won the spot. Switched to defense and helped the team win back-to-back state titles. Good friends with Kevin. Is now an insurance salesman.

Christina – Captain of the cheerleading team and best friends with Stacey and Amanda. Beat out Stacey for prom queen, to the surprise of all. Currently a reporter at a local television station where she mostly does puff pieces.

Amanda – Good friends with Stacey and Christina. Dated Gus, the school bad boy, and got in trouble when Jill revealed this to her parents. Is now married to Gus and has three children.

Brian – President of the chess club. Was depantsed by Craig at the senior awards assembly in front of the entire student body. Went on to start a successful tie-dye apparel company, which he recently sold for $20 million.

Theresa – Student council president and model student. Was named “most likely to succeed” by the members of the class before graduation. Is now a high-powered lawyer in a prestigious law firm in New York City and is dating Brian.

Principal Anderson – Principal of East Side High. Known as a hard-working pedagogue who emphasized discipline and integrity. Took disciplinary action against Jill when Theresa, Christina, Stacey, and Craig reported her for cheating.

Jill – Track athlete who was often teased by Amanda. Got revenge on Amanda by ratting out her relationship with Gus to Amanda’s parents. Failed English class after several students reported her for cheating. Is now a firefighter.

Melissa – Member of the swim team and good friend of Theresa and Molly. Had a rivalry with Stacey. Currently an event planner in the Big Apple, where she is maintains her close friendship with Theresa.

John – Member of the basketball team. Disliked Kevin after Kevin gave up on the team in a game after getting dumped. Was friends with Max and Craig, but rumor has it he is no longer on good terms with either. Married to Jill.

Molly –  Captain of the volleyball team. Good friends with Theresa and Melissa. Went on to marry Kevin. Is now a successful fashion model, whose billboards and magazine advertisements have been seen by all.

Gus – The school bad boy and rebel without a cause. Is said to have done a complete 180 and to now be a very spiritual person who practices meditation and claims to be at peace with the universe.

Jennifer – Ran track. First chair flute player in the school band. Good friends with Abby during high school, though word on the street is that they don’t talk anymore. Now a member of the San Francisco Symphony Orchestra.

Abby – Ran track with Jennifer and Jill. Lost to Theresa in the elections for student council president. Second chair flute player in the school band. Practices accounting now, along with her husband Matthew.

Matthew – Ran track and played tuba in the school band but quit during sophomore year. Friends with Brad and Kevin. Dated Abby, to whom he is now married.

Coach Brown – Football coach and health teacher. Led the football team to back-to-back state titles. Has remained at the school in this role, though the team has suffered poor seasons in recent years.

Dr. Thompson – Band director with a PhD in music, a fact that is brought up frequently by Dr. Thompson. Came to East Side in the middle of the ’65-’66 schoolyear after the abrupt departure of the prior band director.

Spice Up Your Party

The 1970’s aren’t particularly known for their advancements in food cuisine, but there are still a lot of totally awesome possibilities for party food, especially considering that cocktails and appetizers are often served at a high school reunion. Offer guests meatballs served in a crock-pot, potato skins, Doritos, or sandwiches cut into fun shapes. Pay homage to the “mixed tape” by serving one of these mixable dessert options: trifle (a dessert consisting of layers of cake, pudding, fruit, whipping cream) -OR- frozen yogurt or ice cream served with a selection of various toppings. 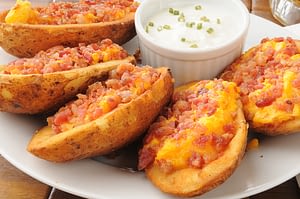 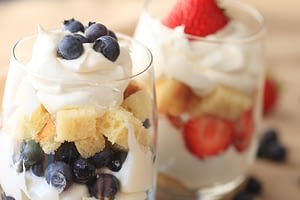 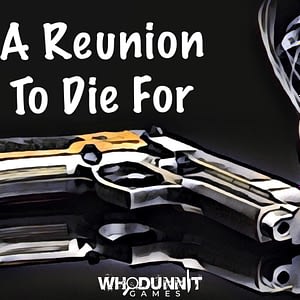 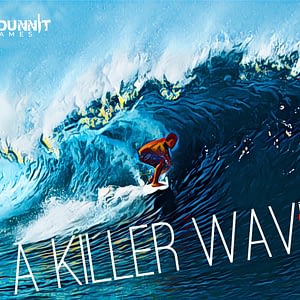 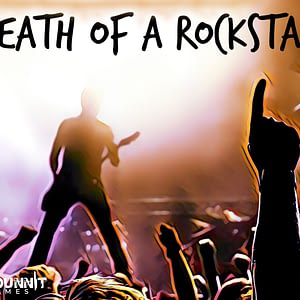 14 reviews for A Reunion to Die For